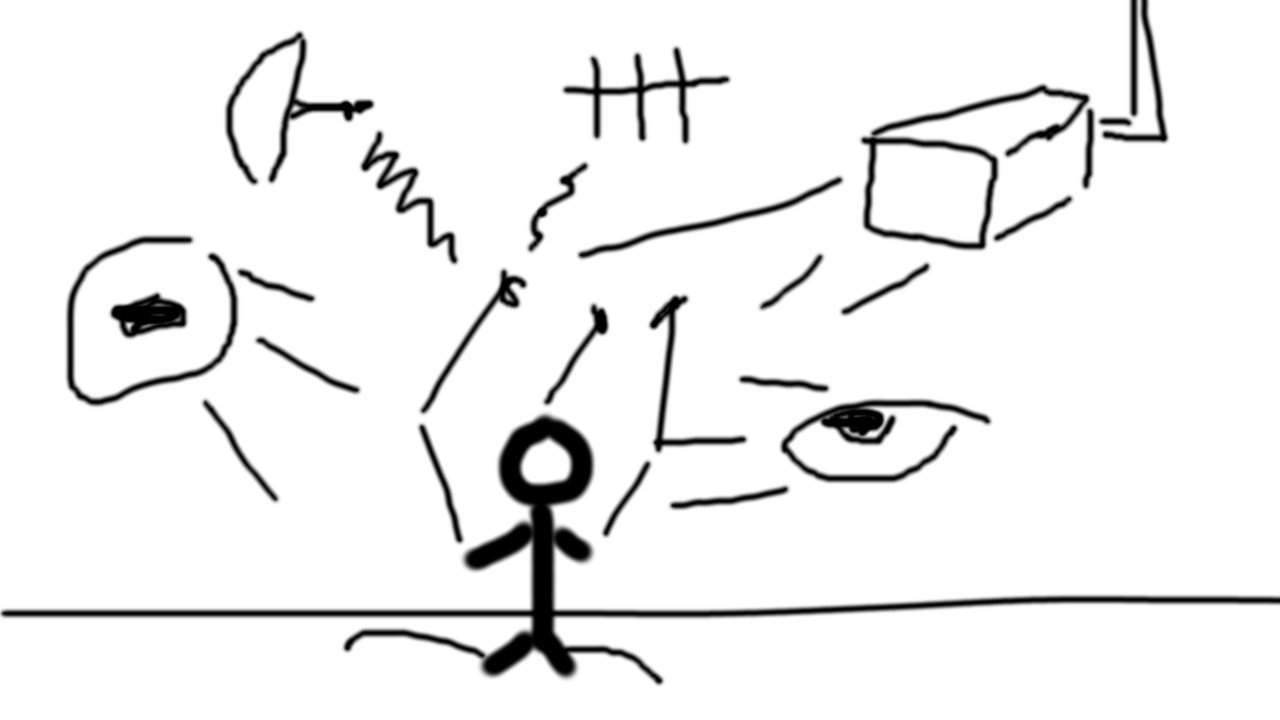 When confronted with reality and the need to acquire information about it, the first problem one should solve is the following:

Which method to use in order to investigate reality?

The first which comes to mind is, obviously, the scientific method. The problem is that the scientific method is based on the gathering of evidence. Therefore, scientific knowledge is limited by the amount and type of evidence that an observer can acquire. If you have no evidence for a thesis, then you can't prove that thesis, regardless of whether the thesis is actually true or not. That may have seemed an acceptable compromise half a millennium ago, but nowadays we've realized how foolishly optimistic the early proponents of the scientific method were: governments and corporations around the world have developed processes which let them control or suppress any piece of evidence they want. Relying exclusively on the scientific method in this day and age is nothing short of a hilariously naïve approach which leaves you wide open to be manipulated by entities which have control over what constitutes "evidence".

Another method is psychoanalysis. Psychoanalysis is restricted to beings with a psyche (obviously). You can't psychoanalyze a rock. Also, psychoanalysis isn't entirely based on evidence: it is also based on the (more or less correct) interpretation of the human psyche that the psychoanalyst has. Of course, psychoanalysis has its advantages: if used properly, you can mold the beliefs and behaviours of millions (potentially billions) of people. Noteworthy is Freud's nephew in this regard: Edward Bernays, also known as "the father of mass propaganda", wrote many books on the subject, notably Propaganda in 1928.

I'm not going to list every possible method of enquiring about reality here, as that would obviously take too much time. What I'm trying to say is that, since nobody really knows anything about this world we live in, we need to create "crutches" to help us navigate reality. Each "crutch" may show us some aspects of reality, but at the same time it may hide some others from view.

One particular method to analyze reality is what Deleuze and Guattari called Schizoanalysis.

Deleuze and Guattari themselves gave multiple (often contradictory) definitions of schizoanalysis. The definition that I'm going to use is the following:

Schizoanalysis is a method of analyzing reality which unmasks and averts the formation of an Ur-Staat (i.e. extreme authoritarianism)

In other words, a schizoanalyst analyzes why their desires are being suppressed and proposes a semiotic model explaining the origin and mechanism of the repression.

Because of how similar schizoanalysis may appear to conspiracy theories, and because of how violently normies usually react to attempts at schizoanalysis, I decided to write here a few things which anyone who intends to read my schizoanalytical endeavors should take into account.

1) Schizoanalysis does NOT distinguish between malice and incompetence

For example, if I say that the IRS is an evil entity stealing from people, it doesn't matter whether the people working at the IRS are doing it because they genuinely think it's the right thing to do or because they're psychopaths intent on leeching off other people. To a schizoanalyst, doing evil because you're evil and doing evil because you're stupid is functionally equivalent. This is what makes schizoanalysis a materialist psychiatry.

In other words, a schizoanalyst is extremely suspicious of arguments that sound like this: "it's just the way things are/work." From the point of view of schizoanalysis, the only reality is matter, its desires and the power (intensity) with which portions of matter shape the remaining matter. Therefore in schizoanalysis nothing is absolutely true. Not even "physical laws." Just like Nietzsche said, it's a shift in perspective: instead of focusing on what's true, you focus on what's powerful, because the first is a function of the latter, not the opposite. You fall to the ground not because gravity is "true" but rather because it is powerful and you are powerless against it. If you're powerful enough to counteract gravity, you can indeed fly and escape gravity.

Alternatively, this point can also be formulated in a completely opposite way: schizoanalysis considers everything (even ideas and concepts) as conscious, autonomous living beings. This is a consequence of schizoanalysis being a materialist psychiatry. A schizoanalyst may anthropomorphisize things like language or egregores like corporations and governments. The problem stems from the fact that, even though schizoanalysis is entirely materialistic, what today passes for materialism isn't materialism at all, as Deleuze rightfully said in Difference and Repetition: things like physics, for example, are deeply idealistic because they deal with an idealized version of matter instead of dealing with matter itself.

As the stated goal of schizoanalysis is to first highlight and then remove the shackles with which the Ur-Staat represses our desires, schizoanalysts fight against the idea of prejudice itself. Sadly, since the Ur-Staat operates mostly through semiotic systems of control (i.e. mind control), people who've been ensnared in the Ur-Staat's semiology perceive schizoanalysis as an attack on themselves. But this is impossible because proper schizoanalysis does not recognize the existence of "people" (not in a way that could give way for a schizoanalyst to "offend" other people, anyway). For example, if I say that Black Lives Matter is a PSYOP run by the CIA to smear the reputation of black people in the US, I'm not trying to offend the black people who (maybe in good faith) take part in such a staged movement.

5) Schizoanalysis considers the Ur-Staat to be incompatible with human life on this planet (i.e. the Ur-Staat is "evil")

Just like actual schizophrenics look at most things like a conspiracy against them, schizoanalysis always assumes the worst when it comes to anything the Ur-Staat does. No matter how rosy the Ur-Staat promises may be ("minimum wage for everyone!", "clean energy!", "free education!", "universal basic income!", etc.), as they are actions of the Ur-Staat, they're classified as belligerent acts against humanity itself. No exceptions.

6) Schizoanalysis is not a call for action

These are the six main points which I want my readers to keep in mind when reading any post that I may classify as Schizoanalysis.

Of course, as it should be clear by now, no, Schizoanalysis doesn't mean being an actual schizophrenic. You don't have to be crazy to formulate or understand a schizoanalysis. You may, however, be considered crazy by the Ur-Staat, for obvious reasons.

Thus, having preemptively warned everyone about what I'm trying to do, I consider myself absolved of all the karma resulting from any future schizoanalysis I may undertake.